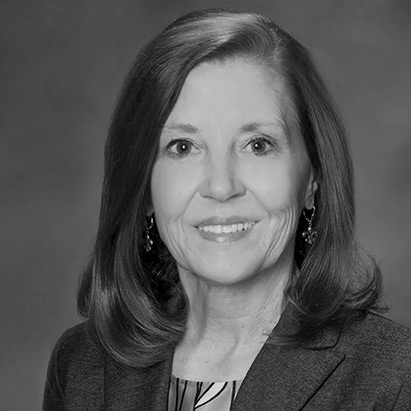 Teri G. Fontenot is a high-impact strategist and visionary in an industry where disruption and risk are the norm. As CEO of Woman’s Hospital in Baton Rouge, Louisiana, for over two decades, Teri positioned the quantenary statewide referral system as a national leader in women’s and infants’ healthcare. Under her leadership, Woman’s became the largest birthing hospital and neonatal intensive care unit in Louisiana, and is the only independent, nonprofit women’s hospital in the country. When she retired as CEO in March 2019, Woman’s ranked in the 99th percentile for physician engagement (Advisory Board), the 95th percentile for patient experience (Press Ganey), and #1 in Modern Healthcare’s national list of Best Places to Work in Healthcare. Woman’s held market shares of 73% to 95% in all major women’s and infants’ service lines.

Teri served as CFO, COO, and EVP at four health systems before being named president and CEO of Woman’s in 1996. She has held leadership positions on numerous state and national boards of insurance, healthcare, banking and utility companies. Teri is passionate about adding shareholder value through effective governance and strategic direction. She is known for her innovative thinking and ability to lead beyond the status quo while working collaboratively and leveraging her extensive industry network to help organizations achieve their goals.

Teri is currently an independent director on the boards of directors of three public companies, a utility company, and the American College of Healthcare Executives. Past notable board service includes the Sixth District Federal Reserve Bank of Atlanta (Audit Committee chair); the American Hospital Association (2012 Board chair); and National Institutes of Health Council on Research in Women’s Health. She has also served on the boards of Landauer, a public company, Capital One Mutual Funds board (Audit Committee chair); and the Louisiana Hospital Association Professional General Liability Insurance Funds (Board chair). As a CPA (inactive), MBA, and former CFO, she is a SEC qualified financial expert

Teri has received numerous honors including being named to the lists of Modern Healthcare’s ‘Top 25 Women in Healthcare’ and ‘Top 100 Most Influential People in Healthcare’; and Becker’s ‘Top Twelve Female CEOs Making Their Mark’. She is a LSU Ourso School of Business Hall of Distinction inductee, was honored as Baton Rouge Businessperson of the Year, and in 2019 was named one of twelve Baton Rouge ‘Leaders and Legends In the Past 30 Years’.